Waterside District is the $40 million overhaul and rebranding of Norfolk's iconic Waterside Festival Marketplace. Located along the Elizabeth River waterfront in downtown Norfolk, Waterside District is a place where the community and visitors can come together with family and friends for entertainment, a full range of culinary options, nightlife and activities for all ages, including live music, festivals and other community events.

Waterside District was developed by The Cordish Companies of Baltimore, Maryland, one of the largest and most successful developers in the country, in partnership with the City of Norfolk, and designed by BCT Architects and Jeffrey Beers International. Waterside District represents the $40 million overhaul and rebranding of Norfolk’s iconic Waterside Festival Marketplace that originally opened 1983 and closed in 1999. In 2013, Norfolk’s City Council approved an agreement with The Cordish Companies to redevelop the property. Construction commenced in August 2015. In May 2016, the demolition of the annex building occurred, which was added to the original Waterside in the 1990s, bringing the building back to its original historic footprint. Waterside District opened to the public on May 11, 2017. 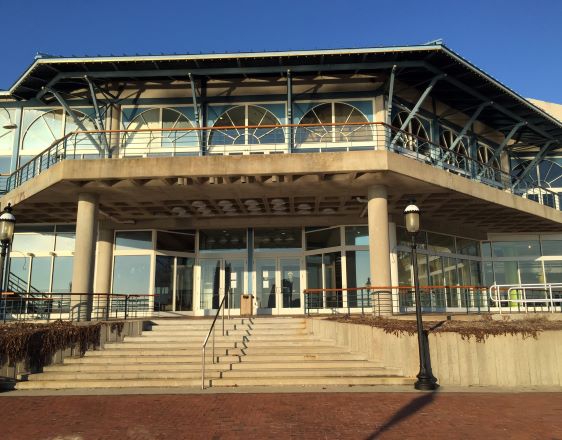 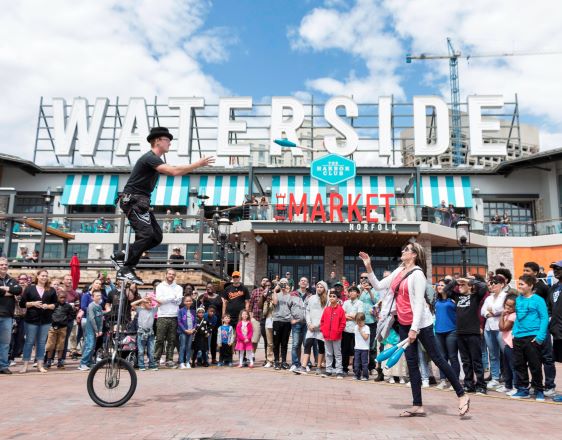 Waterside District continues to be a thriving waterfront destination and a catalyst of growth for downtown Norfolk. It is active 365 days a year, offering a variety of dining options, special events, live music and family-friendly activities. Waterside District created 1,000 new permanent jobs for the City of Norfolk and Hampton Roads region and is a major economic driver for the community. Due to its success, its transformation is serving as a blueprint by communities around the country. 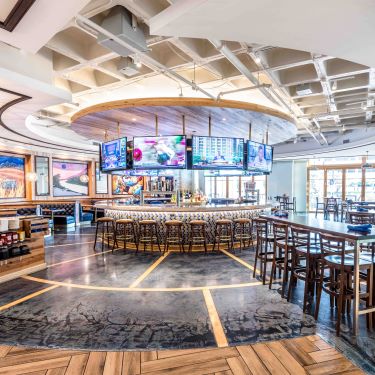 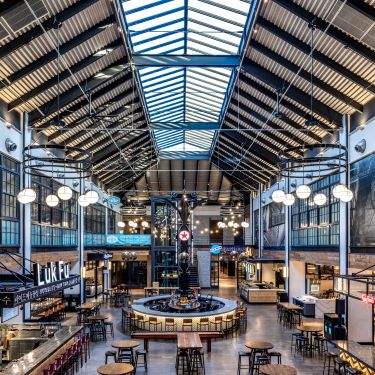 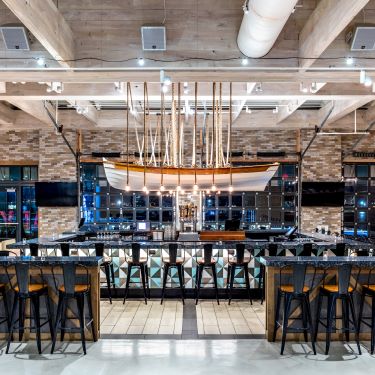